Request a Tour. Email Us: carmelo@brooklynpreschoolofscience.com

Carmelo Piazza, also known as Carmelo the Science Fellow, has been teaching science to Brooklyn children for almost two decades. He taught students ages 4 through 11 at PS 261 for 16 years, where he quickly realized the effectiveness of science in motivating kids to learn other key subjects. In 2005, he opened the Cosmic Cove in Cobble Hill in order to offer science-based programs of his own design. The popular science camps, after-school programs, birthday parties, and mini-camps–which have been featured in The New York Times twice–provide an entertaining and educational mix of hands-on instruction, green slime and lizards, and humor.

Carmelo holds a master’s degree in Elementary Science and Environmental Education from Brooklyn College, where he took an inspiring course in Science Methodology that opened his eyes to the importance of doing science when learning science. He also did graduate studies in speech language pathology at LIU. Carmelo’s the author of Crazy for Science with Carmelo the Science Fellow, a book of at-home experiments that promote scientific observation, exploration, and analysis for young children. He also hosts a popular series of YouTube experiments. He has 4 kids of his own, ranging in age from 15 to 1.

In 2013, Carmelo achieved his dream of opening a preschool where he can teach science on his own terms, one where little kids are considered little scientists. The first location of Brooklyn Preschool of Science opened in Cobble Hill; the Park Slope location opened 2 years later.

Karen Piazza, known as Mrs. Marshmallow around the school, is a certified New York State teacher with a lifelong passion for education. She taught at the Cosmic Cove since its inception in 2005, and helped develop its preschool program. She also ran its robust schedule of science-based summer camps, after-school programs, and birthday parties. Her devotion to early childhood education combined with Carmelo’s love of hands-on, inquiry-based science led to the creation of Brooklyn Preschool of Science. Karen and Carmelo are married and have 4 children. From being a parent to being a teacher, Karen is with a child every second of her day—and she wouldn’t have it any other way!

Brooklyn-bred Nadia Alini began working with Carmelo in 2004 when she was just 16 years old. As one of the first counselors at the Cosmic Cove summer camps, she saw first-hand the positive impact hands-on science had on young children. Nadia went on to study speech pathology at Adelphi University; after graduation, she worked as an administrative assistant at Rivendell Preschool in Park Slope for 5 years. Nadia is thrilled to be working with Carmelo again at Brooklyn Preschool of Science.

Born and raised in Brooklyn, New York, Debra quickly developed a love for science after having Carmelo as her 5th grade science teacher. She reunited with the up and coming Science Fellow in 2004 as an assistant teacher in his after school program. Just one year later after the opening of the Cosmic Cove, Debra worked as a part time employee while attending Adelphi University where she obtained her Bachelor of Arts degree. After being at the Cosmic Cove for 8 years, she then became a head teacher at the Brooklyn Preschool of Science in Cobble Hill, when it first opened in 2013. She has since received her Masters degree from Touro College in Early Childhood Education and Special Education, along with her New York State Teacher’s Certification. Debra is excited to begin her new position as Administrator at the Brooklyn Preschool of Science in Park Slope. She loves working here because: “BPoS is a place where children can explore and learn in an exciting and fun environment. The teachers here do such a great job creating lessons that are hands-on and often messy!” 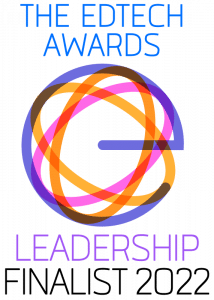